In the Heart of Yorkville at Yonge and Bloor

An application has been submitted to the City of Toronto to build an 83 storey tower on the site of the Holt Renfrew Centre between Yonge and Bay Streets on Bloor.  The first 8 storeys to be made up of a commercial/office podium and the remaining floors above would be residential condominium of approximately 600 units.  Also the plan includes a below grade parking garage with 620 parking spaces.

An 8 storey commercial podium beginning at Mayfair Mews that extends along Bloor Street West and retains the four level Holt Renfrew store but adds four more storeys plus a rooftop garden on top of the flagship luxury department store. The 8 storey podium will be made up of retail space and offices.

The Condo building will be a  72 storey residential condominium tower plus 3 building service levels on top on top of the 8 retail podium but does not extend over Holt Renfrew as the rooftop garden above Holt Renfrew becomes part of the amenities for the condominium building. The condominium tower will be made up of approximately 600 units divided into three sections. Levels 11-38 will be the Garden Terrace Suites, followed by the City View Suites on floors 41-65 and topped off with the Sky-garden Penthouses on floors 68-80. The new address for the condominium building will be 30 Bloor Street West with its entrance at Mayfair Mews. 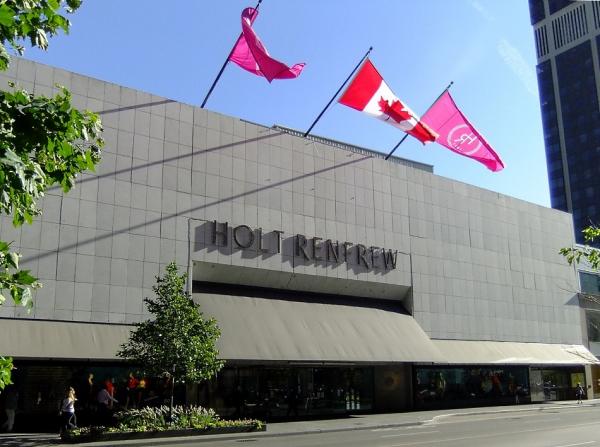 There are also plans for 6 level underground parking garage under the condominium tower at 30 Bloor Street West consisting of approximately 620 parking spaces for the condominium residents and commercial tenants.

30 Bloor Street West will feature 75 bachelor or studio units, 275 one bedrooms, 200 two bedrooms and 50 three bedroom apartments for a total of 600 units.