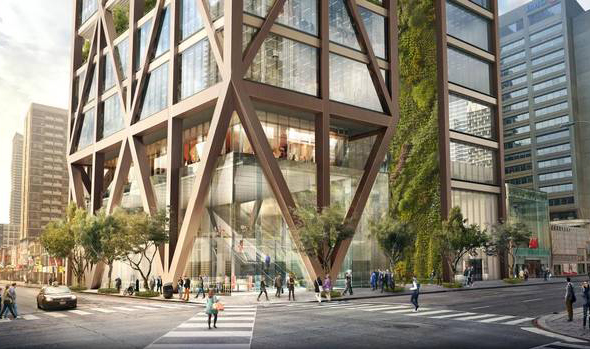 "The One" Condo, 1 Bloor Street West 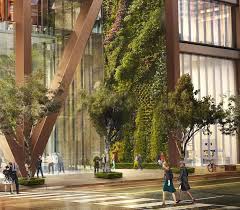 The landscape of Yonge and Bloor Streets, Yorkville, is about to change.  An application has been submitted for a new condo at 1 Bloor Street West. This will not be your typical building but an 80-storey luxury condo offering 8 levels of retail space.

Formerly the location of Stollerys, Sam Mizrahi is looking to build the 2nd tallest building in Toronto (only behind the CN Tower).  It's arguably going to be Toronto's most spectacular skyscraper, costing the developer around 1 billion dollars.

The design, by Foster Partners and Toronto's Core Architects, is as bold as its projected size. Framed by what's being described as a steel exoskeleton, the massive building would feature column-free floors.  We have  learned that the condo will boast many amenities, including plans for winter gardens (indoor/outdoor spaces), a huge public atrium in the retail section, and significant expansion of the sidewalk space at Yonge and Bloor to confer status on the building and keep pedestrians moving at the busy intersection.

At ground level would be retail and restaurant space, reaching up through eight levels and pierced by a public atrium; above that, a box containing the tower’s mechanicals; and on top, a tower, about 9,000 square feet on each floor, of condo apartments. The tower would fill about half of the site, tight to the corner. A smaller eight-level box would form the western half of the retail space.